In what conditions will we check your products and technologies? 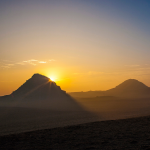 Between the well-known pyramid fields in Giza and Saqqara, approximately 20 km south of Cairo, lies Abusir, the site where Czech Egyptologists have been working regularly since the 1960s. They come twice a year, in the spring and autumn, always spending two to three months there.

Extreme conditions in the desert

Abusir faces the extreme conditions of very dry desert climate with more than 300 days of sunshine. All of Egypt is situated in the arid subtropical zone. The winters are mild, with a daily average of 12 °C. During the hot summer, the temperatures exceed 40 °C in the shade, and sometimes even 45 °C. 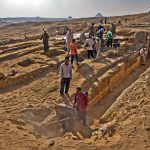 High temperature differences between day and night represent a specific feature of desert areas. This is particularly perceptible in the early spring and late autumn, when the researchers may face differences of up to 20 degrees within a single day. When they start fieldwork in the morning, the temperature may be slightly above zero; as the afternoon arrives, it reaches values typical for summer in Europe.

A very hot and unpleasant wind comes during March and April, accompanied by sandstorms called khamsin, with very fine sand grains flying at high speed through the air and penetrating everything that is not perfectly covered and sealed. Rainfall occurs in the region from October until May, reaching an average of 4.7 mm. The average annual humidity is 54.7 %. The UV index ranges between 4 and 9 in the course of the year.

Work in the tombs: 100 % humidity, lack of air and great physical strain 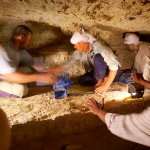 Czech archaeologists often work underground during the excavations. Ancient Egyptian shafts and burial chambers often reach up to 15–20 m below ground. The conditions in shaft tombs differ from those on the surface. There is usually a very stable temperature in all seasons. The archaeologists are faced with other challenges there, however – the most exacting ones include almost 100 % humidity and the absence of natural ventilation.

Work in the extreme conditions is very exacting also on the researchers themselves. They move in difficult desert terrain and regularly climb down by wooden and rope ladders into the cramped spaces of shaft tombs. Great demands are therefore placed also on their personal equipment and clothing, which must provide high comfort during strenuous physical activity in extreme conditions – temperature fluctuations, high humidity, movement in limiting spaces.

The desert conditions have attracted Czech companies to test their products since the beginnings of the Czech concession in Egypt in the 1960s. Want to know more?